It’s been an interesting month full of wikileaks…perhaps you read about the diplomat’s brother rolling into the UAE with $52 million in cash or Gaddafi’s all-girl security force and his fear of sleeping in a building above the first floor. On a more somber note, while I respect that there is a degree of national or international security that can be threatened by having the worlds’ deep dark secrets bared to the public, it turns out that what we don’t know can also hurt us. An EPA document that was recently leaked to a Colorado beekeeper shows that even the government agency responsible for environmental protection is equally as susceptible to corruption as our state and defense departments. 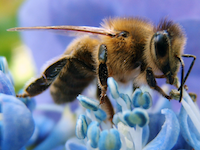 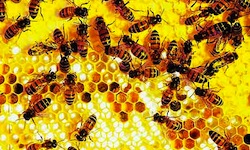 In 2003, the EPA failed to head the warnings of their own scientists by granting ‘conditional registration’ to clothianidin, a toxic pesticide that has been linked to ‘colony collapse disorder’ among North American Honeybees, nature’s best pollinators. Conditional registration allowed Bayer, the agri-business giant, to sell clothianidin and allowed seed processors unregulated application of the product. The one kicker was that Bayer was asked to conduct a “chronic life cycle study” by December of 2004 to determine how clothianidin would affect honeybees and their queen. After requesting an extension and letting that deadline lapse, Bayer finally presented the results of their study in 2007. A study which was invalidated by the EPA’s own researchers because of several flaws; a small test area, the control and test fields were too close together and most importantly the study had been conducted on canola, not corn which is the primary crop that clothianidin is used for, a crop that covers 88 million acres of Americas farmland. Despite warnings from their own scientists and others all over the country, the EPA granted full registration to clothianidin on April 22, 2010. Earth Day.


Read more at Grist. And check out the leaked document here.